Native Plants of the Sydney Region 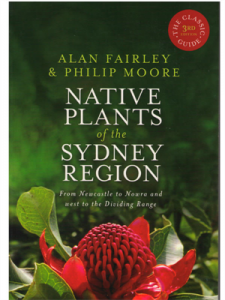 In a handy portable format, Native Plants of the Sydney Region is the ideal companion for anyone who wants to put names to the plants they see in the bush.

Covering an area from Newcastle to Nowra, and westwards to the Great Dividing Range, Native Plants of the Sydney Region contains plant species from remote areas as well as those common in remnant suburban bushland. Many of the species described are also found along the whole of Australia’s east coast and west to the slopes and plains.

This book is based on the authors’ earlier editions of Native Plants of the Sydney District, which became the standard reference for bushwalkers, gardeners, bush care workers, environmentalists, botanists, landscape architects and students. It has been completely rewritten with descriptions of nearly 1400 plant species, some only recently discovered, as well as many new colour photographs and revised names in an up-to-date taxonomy.

Flowers of the South Coast and Ranges I

This guide to identifying common plants of the south coast and ranges of NSW provides 400 photographs, grouped by flower colour, with short notes on where the plants may be found, and the flowering season of each plant. Includes a section on fruit and seed cases and an index.

Flowers of the South Coast and Ranges II

This book contains 400 photographs illustrating common species which occur on the South Coast, together with rarer species with which they might be confused. Togehter with the plants represented in the companion field guide, Flowers of the South Coast and Ranges of New South Wales, this represents about two fifths of the approximately 1800 species (excluding eucalypts, grasses and sedges) which occur in the area.

Flowers of the South Coast and Rangers III

This book contains 400 photographs illustrating common species which occur on the South Coast, together with rarer species with which they might be confused. Togehter with the plants represented in the companion field guides, Flowers of the South Coast and Ranges of New South Wales I and II, this represents nearly all of the species (excluding eucalypts, grasses and sedges) within a short walk of the roads and fire trails which occur in the area. 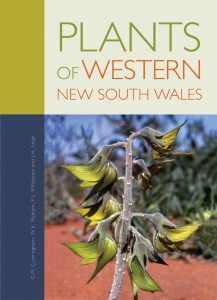 Plants of Western New South Wales grew from the long experience and expertise which the authors acquired during their employment with their respective organisations in the arid and semi-arid pastoral areas of the State. Each author became aware of the need for a comprehensive record illustrating and describing the great array of plants in the area. The need was identified both for people involved in research and advisory services, and particularly for the landholders who need to manage the plants for their livelihood.

The book is a landmark because it draws together all of the existing knowledge of plants from the area, adds to it the extensive collections and research of the authors and presents the whole as a comprehensive collation and description of the plants of the dry pastoral portion of the State. Because of its comprehensive nature, the work is significant to pastoralists and people concerned with plants throughout Australia. 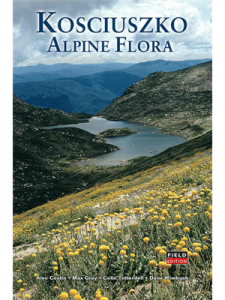 Describes and illustrates the area’s 212 flowering plants and ferns, of which 21 are endemic.
Around Australia’s highest mountain lies a rare ecosystem, an alpine area of outstanding beauty and diversity, strikingly different from other alpine ecosystems of the world but with common features.

Kosciuszko Alpine Flora describes and illustrates the area’s 212 flowering plants and ferns, of which 21 are endemic. It discusses the geological and human history of the area, the life-forms and habitats of the plants, and explores the various plant communities and their environmental relationships.

Ideal for the tourist or general interest reader, this field edition excludes the detailed taxonomic section.