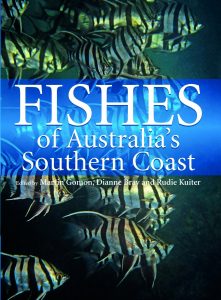 Fishes of Australia’s Southern Coast brings together the latest scientific knowledge on more than 860 species inhabiting Australia’s temperate southern waters, from the Recherche Archipelago at the western end of the Great Australian Bight to Wilson’s Promontory in the east, many found nowhere else.

Those included range in size from tiny gobies and clingfishes less than 3 centimetres long, to the Whale Shark, the largest fish in the ocean, reaching a length of 12 metres. Thirty expert ichthyologists from within Australia and overseas have written accounts of all species known to occur within the area.

Guide to Sea Fishes of Australia 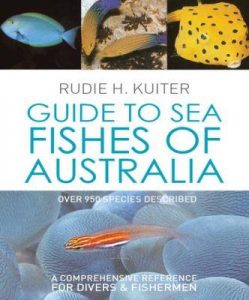 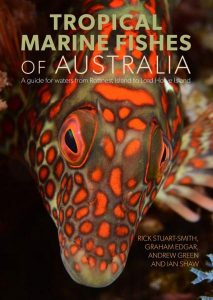 Many of the species covered are also found widely throughout the Indo- Pacific, from the Red Sea, up to Japan and across to French Polynesia, and travellers will also find this book handy, particularly for popular tropical South Pacific destinations.

fishes are of Gondwana origin and well represented in Victoria. All known members are described and illustratedGalaxiid  with multiple images, including many apparently new species. With nearly all natural habitats destroyed and predatory trout recklessly introduced, many species are critically endangered and surviving in headwaters of river basins as highly localised small populations in forested habitats.

This book serves to make people aware of these special fishes living in our forests.

Contains 34 species of fish found in the rivers, dams and streams of the Greater Brisbane Region. Each species description includes a full-colour photograph and concise information on key features, habitat and distribution. Also included is a pull out visual branching key to aid identification.

A field guide to the FRESHWATER FISHES of the KIMBERLEY

This 262 page volume, with a Foreword by Tim Winton, contains full colour illustrations and information on the fish fauna of the spectacular Kimberley.

Buy from The Museum and Art Gallery of the Northern Territory