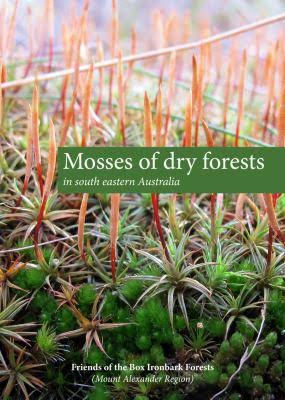 Moss is fascinating. It is so easy to underestimate moss, especially when you consider it is seems to be everywhere. However, it can be difficult to learn more about moss once that interest has been piqued. Australian Mosses Online is a useful resource but it isn’t beginner friendly.

Mosses of dry forests in south eastern Australia aims to fill the gap in the niche. The guide focuses on the beginner-friendly mosses found in the dryer environments. It helps readers understand the basics of moss identification and gives them the knowledge-base that will allow them to seek out more advanced resources

It packs a lot of information into such a short guide.

Many guides struggle to condense relevant information into brief introductory chapters. This is especially so for the smaller guides. The introduction takes up just 17 pages of the 100 but is both information and accessible.

There are images of different leaf arrangements and shapes, and illustrations of different leaf shapes and moss capsules. There is also a brief discussion about the role of moss in the ecosystem and the plants life cycle. The appendix has further information, such as background on scientific names and the species that you’d typically find in a certain habitats.

I was able to learn a lot – enough to know that I definitely wanted to learn more about mosses. 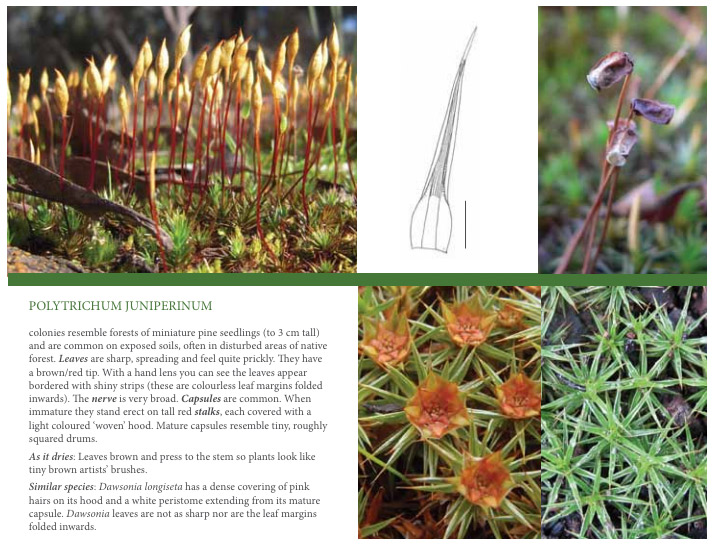 This guide contains descriptions for just 28 species of moss. This doesn’t feel like it’s enough, but you definitely appreciate the brevity after trying to identify multiple moss species,

Each individual moss species covers 2 pages.  The description takes up half a page and the remaining space is dedicated to the images.

Where possible, the images show what the moss looks like in its environment, close ups of the capsules and how the moss would appear through a hand lens. You also get illustrations of the leaves.

I was able to identify species based on the guide, however still had a lot of uncertainty. This was mostly due to my unfamiliarity with the key features. I was still able to learn from the process, even if I had to consult something else. I still learned a lot from the identification process even if I had to seek confirmation elsewhere.

Definitely! It is great for beginners and the compact size makes it easy to carry in the field. You won’t be able to identify all the moss in a region; it’s more of a guide to the beginner friendly moss of that area.

It has set a very high standard for moss identification. My only wish is that there were additional guides of this caliber detailing other moss species.

Buy From Friends of the Box-Ironbark Forests or Nokomis.