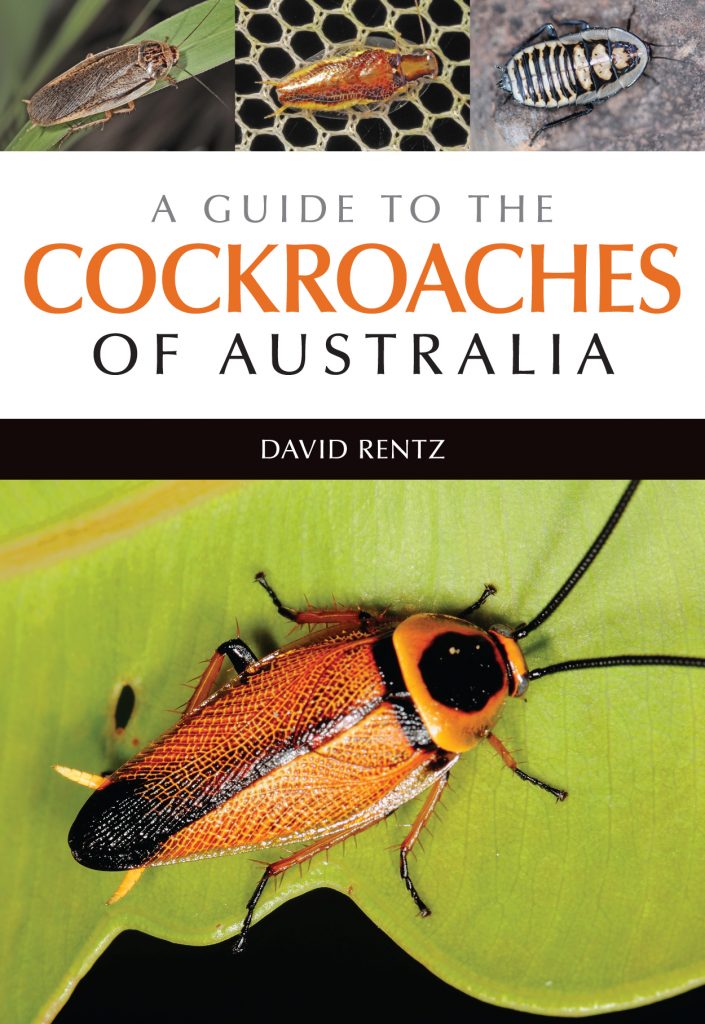 Many people associate cockroaches with the pest species found in households and workspaces. This is understandable; cockroaches can carry disease and are associated with unhygienic conditions.

When you look beyond the pest label, however, they are quite fascinating. There is a lot of variation among the Australian cockroaches; with some species having beautiful markings. David Rentz has created a brilliant guide that helps readers identify most of the 550 described species found locally.

It is useful for both the amateur and the expert

I have reviewed a lot of field guides for this site. I’ve noticed that most guides tend to target either the amateur or the professional entomologist, but rarely both.

A Guide To Cockroaches is one of those rare books that find the balance between audiences. It is accessible and newbie-friendly but doesn’t shy away from the complicated details. Readers will be able to identify most Australian species; however, some may require significantly more work. It is the type of guide that will always be relevant.

Rentz passion is evident throughout the whole book, however it was most noticeable during the chapters that weren’t about identification. He covered a lot of ground in just 72 pages.

The morphology section was really useful. You get images detailing the features of cockroach wing ventilation, their front head, leg details and a fully winged male cockroach. Rentz also provides images of possible variations of features, such as the tarsal claw type and the subgenital plates of males. It probably will still be overwhelming for beginners, but that’s more due to the complexity of species identification

The chapter on collection and preservation was brief but also detailed. Rentz discussed the various ways of collecting cockroaches, detailing both the positives and negatives of each technique. He explored the difference between day and night collecting, as well as how to mount or pin the cockroach. There is also a decent amount of information about preparing genitals.

My favourite chapter was on the personalities of those who had previously studied cockroaches. It was just seven pages but is the type of information you rarely find in a field guide. It was fascinating learning about their history. 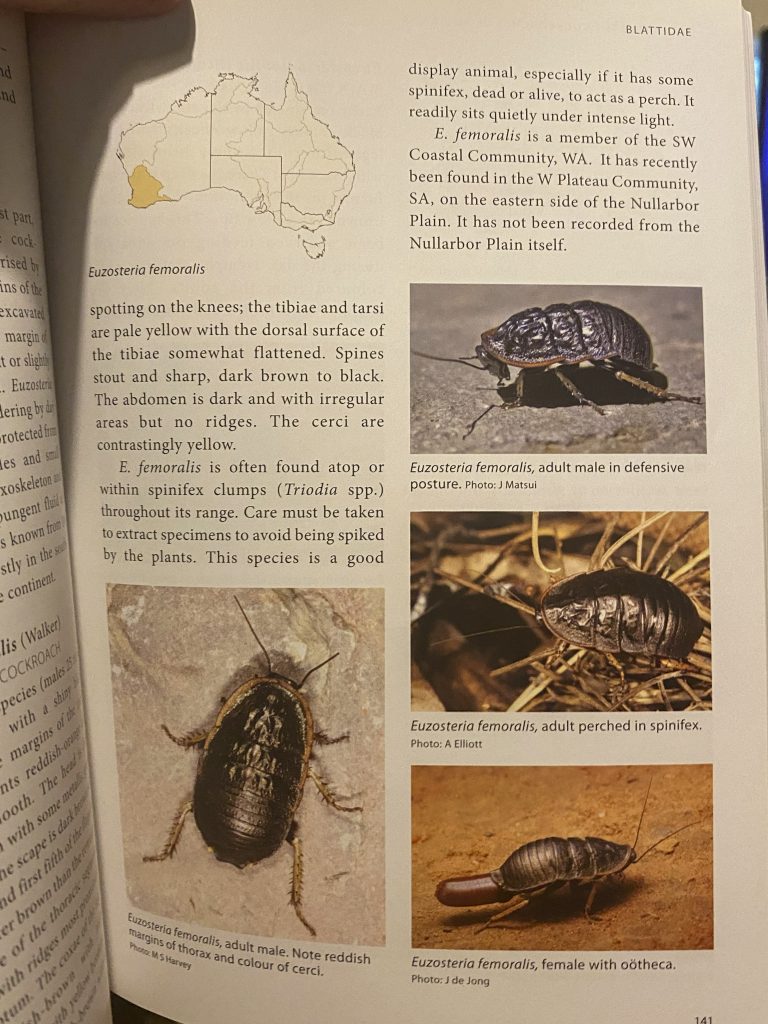 There are over 530 species of cockroach found in Australia. Like so much in entomology, the field is poorly studied. The species profiles do a great job of detailing the key identifiable features in just a couple of chapters.

The pictures are of high quality, which isn’t always possible when photographing insects. Most species get one image; however, you can get up to seven where necessary. The photos show differences due to geographical variations, such as with Euzosteria tuberculata. Other profiles show the differences between gender and morph. A map is provided for each species, showing the distribution within Australia and individual states.

The written content is comprehensive, considering the space limitations. The profiles go into detail about the key features and any similarities to other cockroaches. There is information on early instars, preferred habitat and differences between genders. Rentz also includes species that hasn’t been formally studied and mentions any gaps in knowledge.

For most people, no. Like many in this series, there are more practical books for beginners; especially those who stick to suburbia. I would recommend either the guide to beetles or spiders.

If you have the slightest interest in cockroaches, then I recommend this book. David Rentz has done an impressive job both piquing and encouraging the interest of those who want to learn more. I wish all guides were this useful.

The book is now out of print. You can see places to buy a digital copy at CSIRO Publishing.