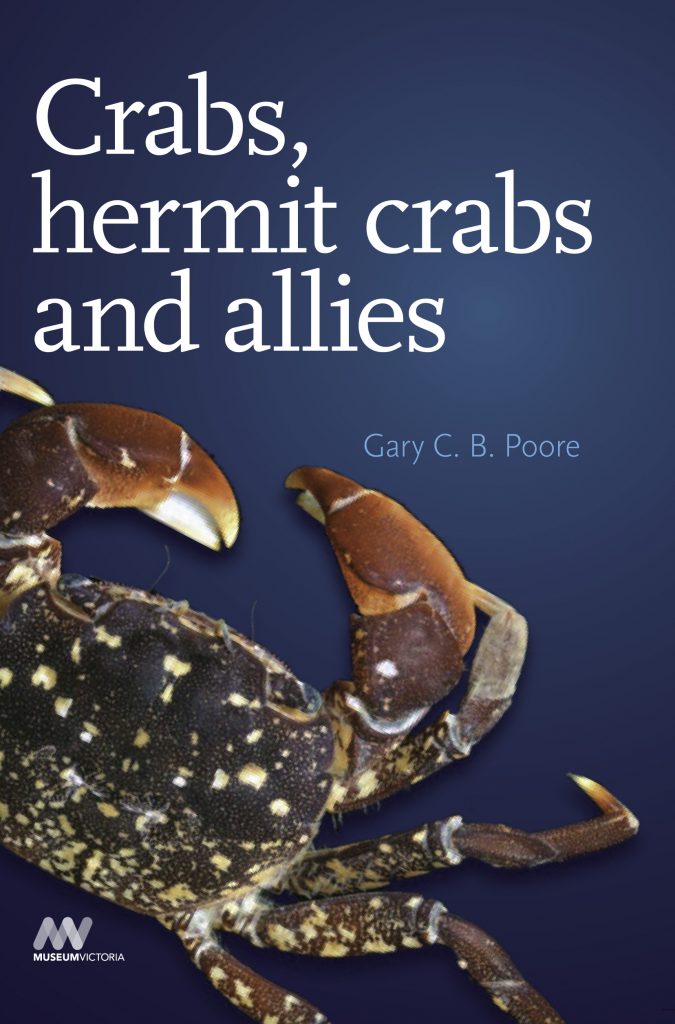 I rarely noticed crabs when walking along the beach. That all changed when I started to visit Apollo Bay (Victoria), most school holidays. We would find multiple species of crabs each visit and wanted to learn more about them. There was so much diversity in the one harbour! I bought this book to help me figure out the exact species I was seeing.

The Introductory Section Was Too Brief

I understand the need for brevity when compiling a field guide. However, I think readers could have benefited from a lengthier introduction that was more user-friendly. Crabs are different from the land wildlife that most people encounter and require different terminology. An example is the ‘growth and development’ section. The authors discussed the reproductive cycle and how crabs have a planktonic stage at the start of their life. This section was a bit too jargon-heavy, and I often found myself flipping back to earlier parts of the book. This may be a struggle for those who are just starting out with crab identification. It is worth the steep learning curve.

The price is also a deterrent.

You are paying $25 for a book that is just 60 pages. Other books in the series, such as the Guide To Sponges, are the same price despite being twice the length. This isn’t a criticism, as I appreciate Museum Victoria publishing guides on such niche topics. 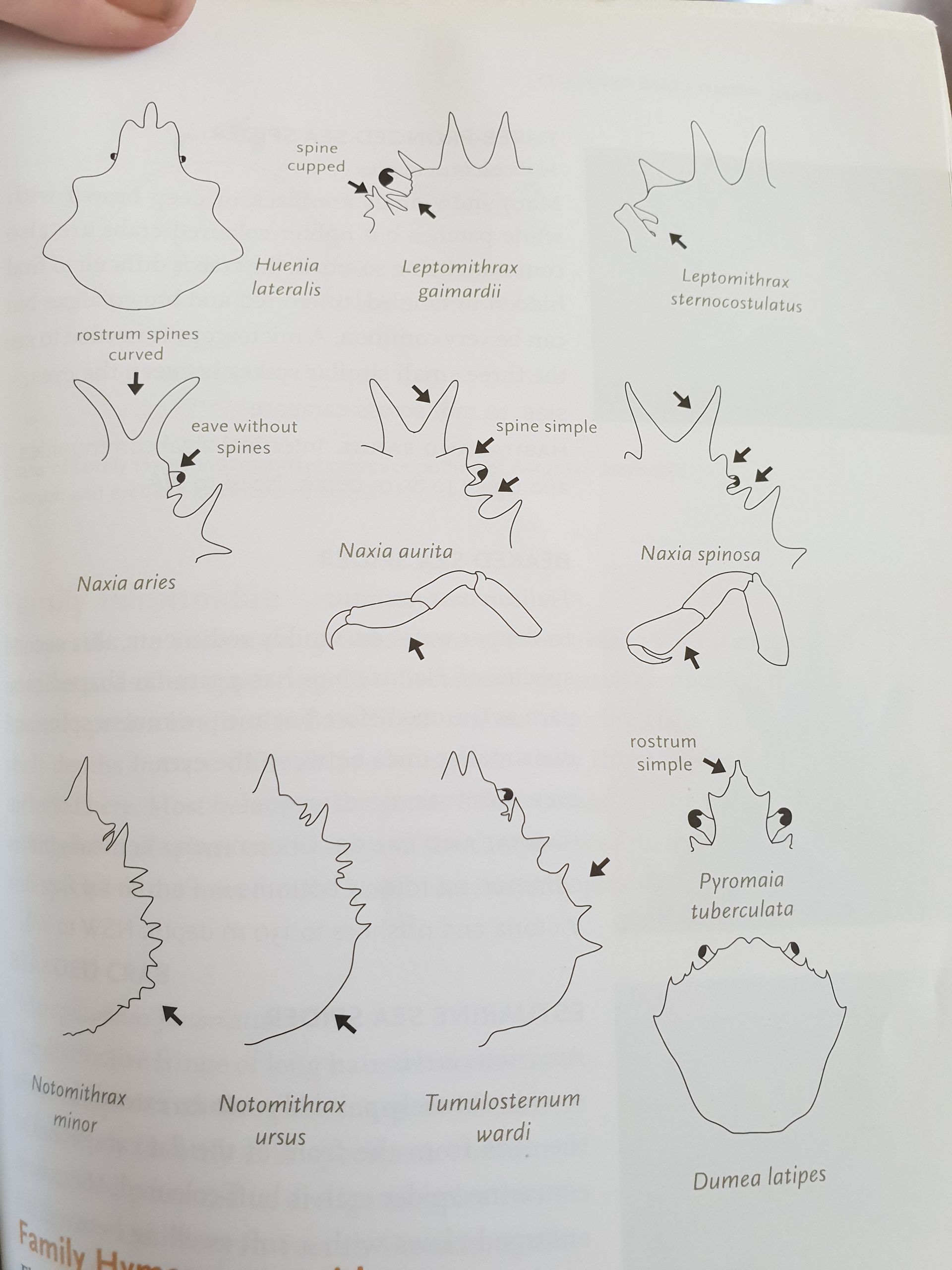 Despite the above criticisms, I was pretty impressed with the specifics profiles. This guide has profiles on 63 species  of crabs that are commonly found in the intertidal environment. The species are organized according to family. For many families, an illustration is provided to help you tell the species apart. These often focus on the smaller details of the carapace. I referred to these sections more often then I would have thought.

Each page features 2-3 species. Each profile has one image, a brief paragraph on identification tips and details on the habitat and range. The identification tips are very focused on the beginner. Sometimes the authors will point out the key ID points, such as the colours of their claws, or will explain how to tell the species apart from a similar one.

This is enough to help you with most identifications. I did wish that the profiles were longer and included more images of variations you can get within a species. There have been times that I’ve struggled due to lack of experience such as the European Shore Crab. Having pictures from different angles would have been useful. I would have also liked photos showing the differences between the genders.

These criticisms have come from troubles I’ve had trying to identify species from photos. In some cases, I hadn’t taken a photo of the exact features I needed. This will change with experience. More information would have lessened the learning curve. 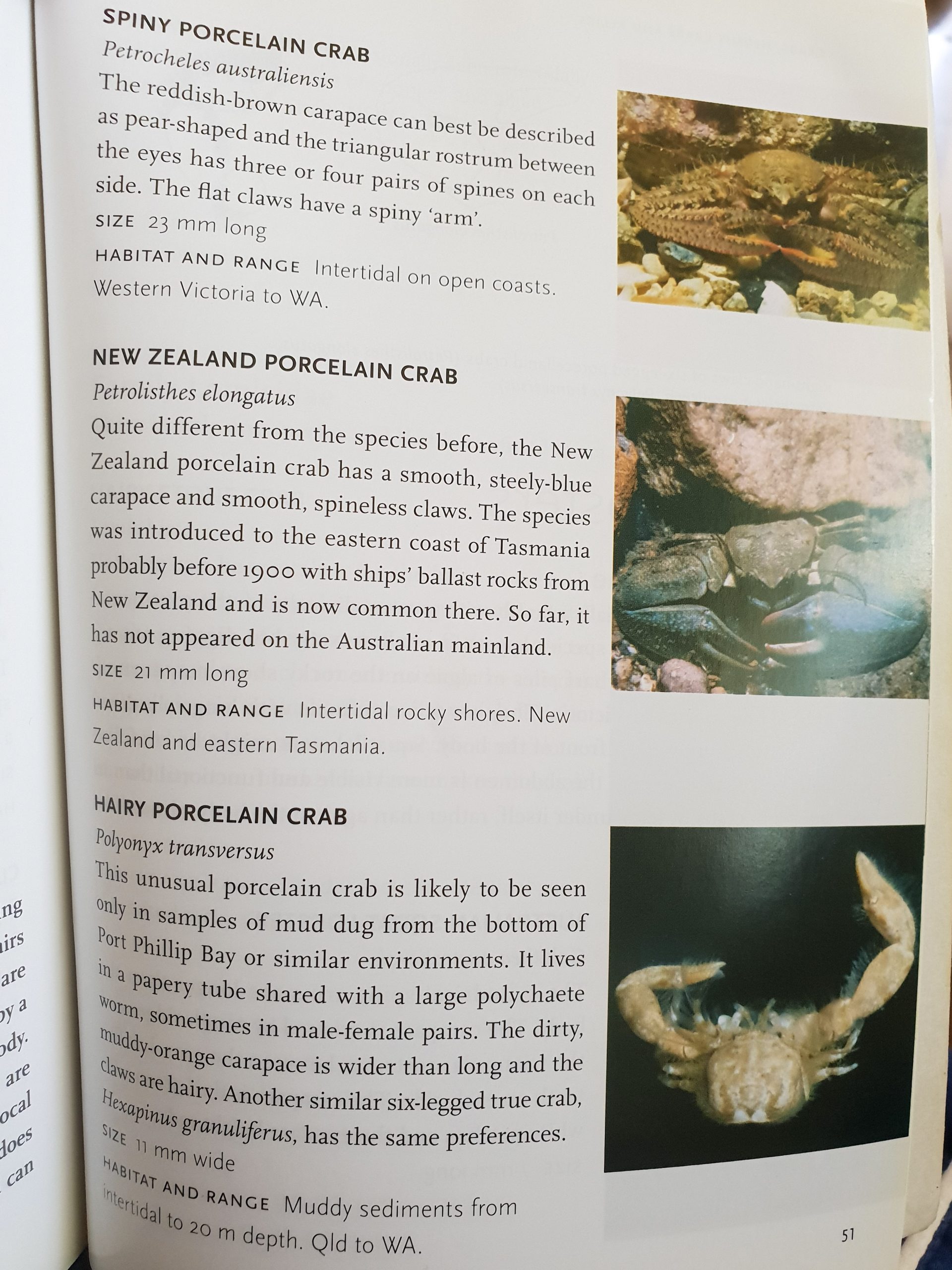 Yes, I do. My criticisms stem from a fascinating with local marine life and the subsequent desire to learn more about my local crab species. I wish this book had been more comprehensive, as that would have helped me learn a lot quicker. Yet I’m so grateful that it exists. I’ve learned a lot despite the guides limitations.

Those on a budget may find it more economical to get a more comprehensive guide that includes multiple marine species. However, those guides wouldn’t have the close-up illustrations comparing species within a family.