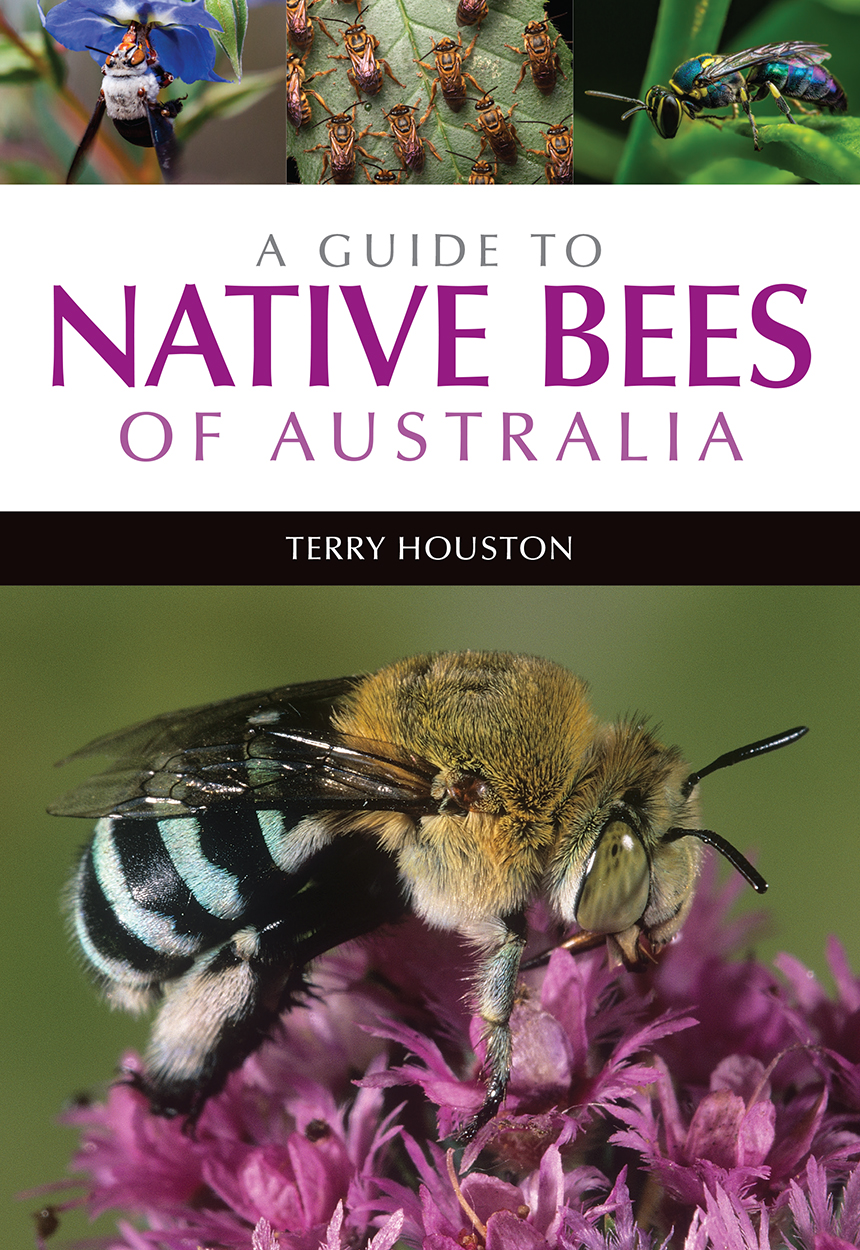 One of the things that shocked me when I started exploring bee identification was how difficult it was to narrow a bee to species.

This is due to two reasons:

I would submit my photos to citizen science websites only to be told that the bee was difficult identify because you couldn’t see a small feature, such as details on the wing, clearly enough. At other times I was told that they couldn’t identify the bee unless the person could look at a dead specimen under a microscope.

Still, I was keen to learn more.

I knew about the difficulty in identifying bees but I still underestimated the difficultly. It goes beyond learning the complex external anatomical structures. In many cases, you will need to look closely at a dead specimen. Even then, the specimen has to be fresh. A dry specimen can make it difficult to see key characteristics. This is considerably more difficult than taking a photo and looking for specific features. This requires learning about collecting and sexing bees, on top of learning the difficult taxonomic features. It is a steep learning curve.

The chapter dedicated to understanding identifying ‘features, form and function’ gets technical very quickly. You will learn very quickly that bee identification isn’t for the faint hearted: there are a lot of body parts to remember and you’ll need to get very close to see them. The image showing the ‘parts of the head and its appendages’ has 14 features to remember. There are three views of a proboscis showing how different perspectives can make it easier to see certain features. The accompanying text briefly explains each of these features. The explanations, however, are not targeted towards the layperson.

These sections are well written and organized. However, the amount of information can be overwhelming. Potential buyers need to be aware of this and be willing to put in a lot of work.

The first part of this guide provides a general introduction to the bees and should give the reader at least a basic grasp of their morphology, evolution, behaviour and ecology. The second part is intended to enable the reader to identify any Australian bee to at least genus. As well, it features some of the most common species and some of the most unusual or remarkable species, which may be recognisable from the illustrations 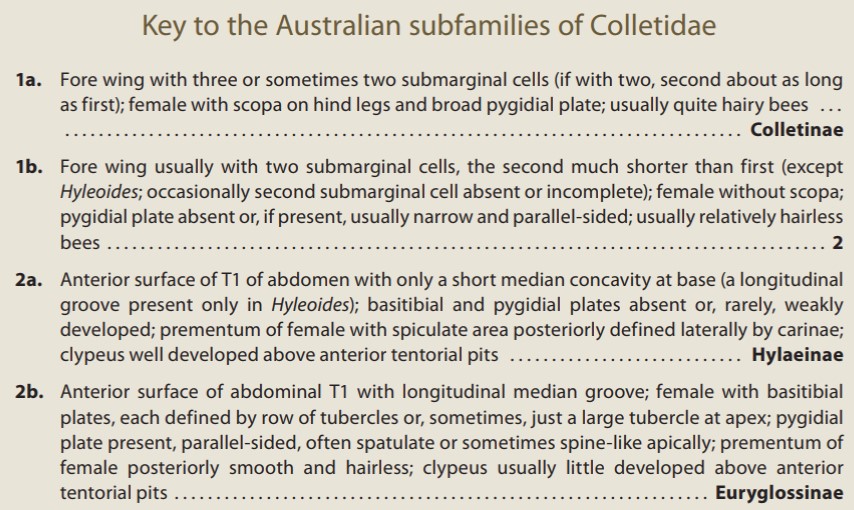 Keys are included in the chapters which feature subfamilies. There aren’t accompanied by images. Basic information is included, although not all is relevant for identification. In some cases, Houston includes behavioural examples from overseas species which, while fascinating, isn’t necessary. Bee enthusiasts may enjoy these tidbits. The details for genus go into a decent about of detail for such a short space. Houston explains how to pronounce the genus, the diagnostic features and the behaviours. Images are provided of these features and behavioral characteristics where possible. There is enough information for the layperson to successfully identify to genus. However this may be difficult and time consuming for the novice, and require constant referrals to other sections of the book.

I don’t recommend this book for  beginner naturalists. Identifying bees is considerably more difficult than identifying some other species of insects or arachnids. The complexity can be off putting.

This isn’t a criticism of the book. It is well written and packs a lot of information into such less than 250 pages. It just isn’t as beginner-friendly as other books in the niche, such as the Guide To Spiders from the same series.

I’d recommend it for those prepared for the challenge and who are willing to work really hard.