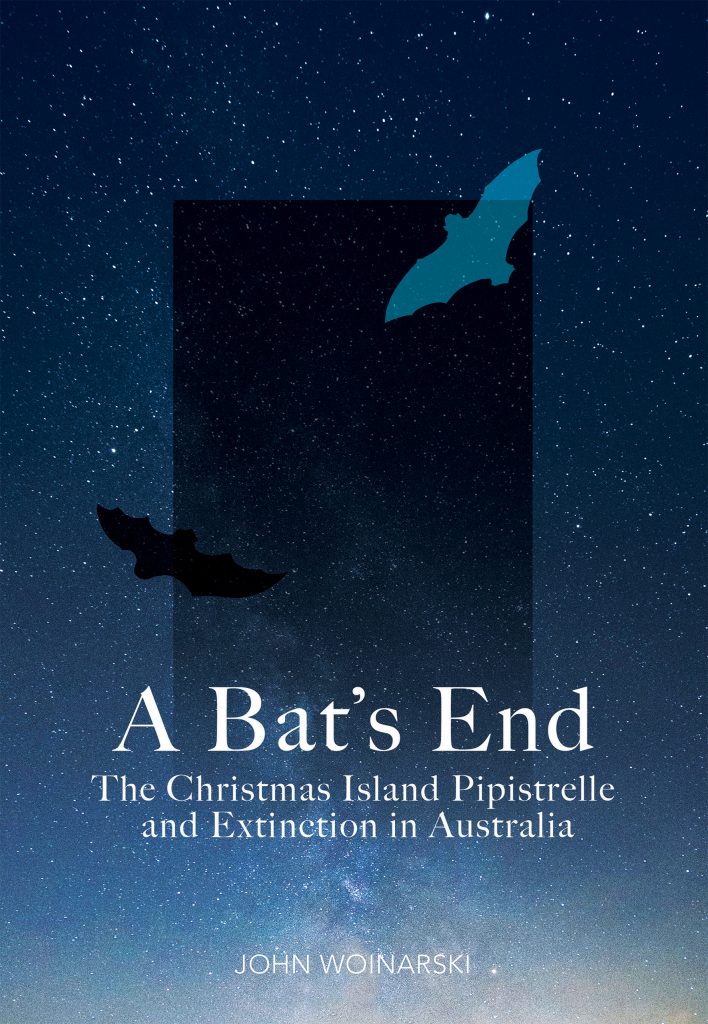 I didn’t think that I would get much out of a book about Christmas Island pipistrelle. This is because I prefer to focus on ecosystems closer to home, rather than those on an island that is closer to Java than Australia.

The official description describes A Bat’s End as ‘a compelling forensic examination of the circumstances and players surrounding the extinction of the Christmas Island pipistrelle’. This is an understatement. It is a scathing overview of the many failures of multiple organizations to take the plight of the pipistrelle seriously. It goes beyond that; it highlights a growing trend of how many Australians are willing to overlook the extinction of native species. I believe that every naturalist should read it to learn about the many failings when it comes to threatened species.

The first three chapters discuss the Christmas Island ecosystem. Woinarski presents the conservation value and challenge of islands and analyzes the unravelling of the Christmas Island environment. It opened my eyes to the extra economic and political obstacles rare species on islands face. Many chapters explore the role that mining has on wildlife conservation and the pressures of ensuring that the island’s inhabitants have an income.

These chapters are also useful for background information on just how essential islands can be for wildlife conservation. We saw this on Lord Howe Island, which had experienced success with the captive breeding program for the Lord Howe Island wooden. That example was different: the species was facing fewer obstacles that the pipistrelle and had a much smaller population of humans.

These chapters were more compelling than I thought they would be. It goes beyond providing an overview; Woinarski’s analysis is both comprehensive and engaging.

Why did the pipistrelle Disappear?

No-one knows for sure exactly why the pipistrelle because extinct. There are multiple theories – all of which are thoroughly examined in the second half of this book. This event doesn’t compare with similar case studies where the endemic insectivorous bats had gone extinct. It is incredibly complex, and the species declined rather quickly. Woinarski explores all possibilities in depth. He examines potential environmental causes as well as the specific qualities of the pipistrelle that contributed to its susceptibility to extinction.

This is where the book stands out. The analysis shows just how tricky it can be to pinpoint one exact cause and highlights just how much we don’t know with the natural environment. Woinarski is brutally honest about the likelihood of each potential cause, as well as any mistakes made in the recovery attempts.

The final chapter is dedicated to those who had first-hand perspectives with trying to save the pipistrelle. Some of these examples are even more scathing than Woinarski and are useful to help readers understand that there isn’t always a simple explanation.

Amateur naturalists can learn so much from these chapters as it is like a crash course in how species on islands can go extinct.

Usually, I wouldn’t recommend a book that is focused on just one species – unless that species has a compelling backstory such as the night parrot. This book is a definite exception.

A Bats End should be a must-read for anyone involved in conservation or ecology. It may not be directly related to their field of study or work, but is a stark warning for what can happen if you become complacent. It is also a compelling read for the amateur naturalist. Woinarski wrote a book that distils complex concepts in a way that is both easy to read and hard to put down.

I highly recommend it to both beginner and advanced naturalists.