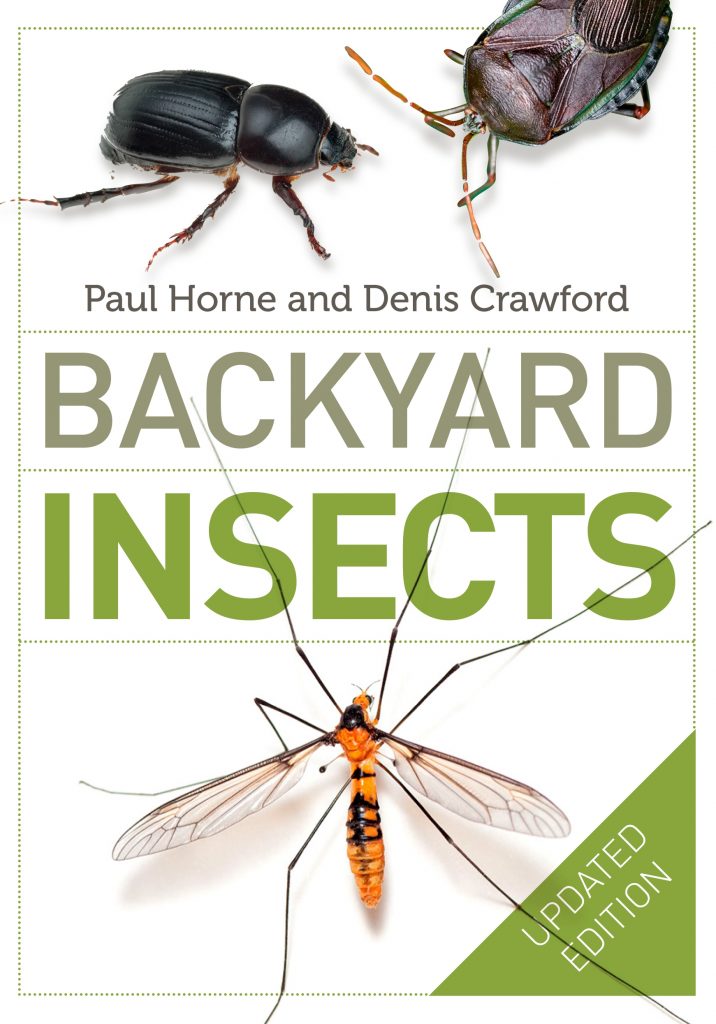 I fell into entomology by accident. I was testing out my macro lens on the various insect and spider species I had and noticed I was seeing the same species repeatedly. I wanted to learn more about the animals I was seeing so I could get better photos of them in the future. This was the first book I bought on insects and it is still the one I pull out first. It is the best beginner book for people trying to identify common insects and bugs found in their local environment. It covers a wide variety of species despite being just 300 pages. I highly recommended for children and adults.

What types of insects are featured?

Creating such a guide would have been difficult due to the sheer diversity of insects. The authors do a great job providing an overview of the ones that you would commonly find. Some, like grasshoppers and katydids, only get one page and picture. I believe that this is suitable considering you can get a wide variety of species depending on your geographic region and environment. They are the type of species that many would notice, compared to a butterfly.

The butterfly section shows 10 species. This may seem excessive, but isn’t when you consider that the section also incorporates what the caterpillars, eggs and cocoons look like. This is pretty concise when you consider how many signs of caterpillars and butterflies are commonly found in backyards. It also features some non-insects, such as spiders and mites.

It is incredibly user friendly

I have 30 books in my entomology collection and many of them are overwhelming to the beginner. They are both useful and comprehensive, but not designed to be flipped through. Readers need to understand the anatomical foundations before making a concrete identification. This is something that I struggled with when I first started trying to identify what I had seen. It is something I still struggle with. That is why I appreciated the simplicity of Backyard Insects. I was able to flip through it and find many species I had found in backyard and in the local botanical gardens. It was so useful – and kid friendly – that I ended up buying an additional copy for my nephew. It gave me just enough information so I could do further research online. I was able to identify so many species in my backyard that I wouldn’t have otherwise been able to do. Sometimes, the lack of emphasis on anatomical features did have the potential to lead readers astray. This wasn’t that often, though.

Does it have any flaws?

I don’t consider the below to be flaws – this is my favourite book about insects targeted at beginners. It’s important to note that this book covers a fraction of the known insects. This book should be used as a starting point to be used in conjunction with other resources. In some areas, it is too basic. There are over 100 species listed. It does a good job of listing a variety of species however in many cases it only goes to genus. From experience, this isn’t nearly enough.  Mosquitoes have just two pages: one with two images and one with descriptions. In this case, it works as mosquitoes are easier to identify. Other species aren’t as easy. The difference in eye structures with damselfies and dragonflies aren’t covered. The authors do talk about behavior, which can help those who are observing the species from afar. In other cases, some species like tachinid and moth fly only get half a page.

Australia has a wide variation of environments

Yes. This book is useful for all ages and is so easy to use. It allowed me to get a solid overview of what was in my garden and local area. There were times when I wasn’t able to narrow an insect down to the exact species, but was at least able to know the right order or genus. It is one of the best books in my natural history collection and one that I still refer to constantly. Booktopia