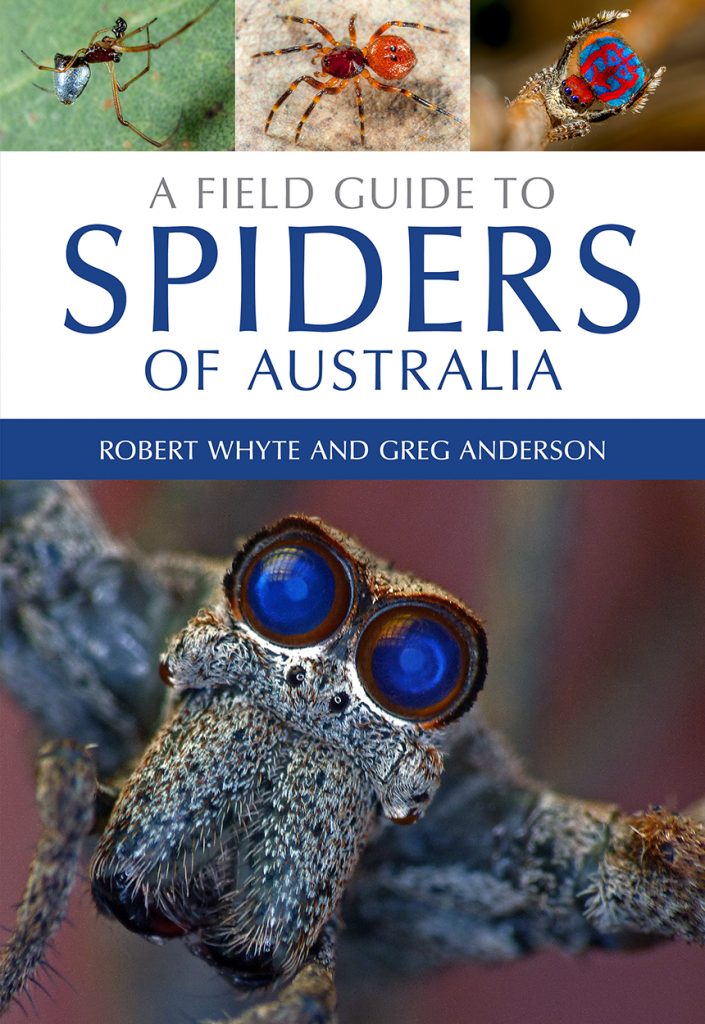 It took me a while to become interested in spiders. At first, I dismissed them because the ones I encountered around the house were either associated with warnings or embodied the definition of creepy-crawly. Then I started coming across different species while hiking or birdwatching. These new spiders were fascinating, with unique markings and behaviour. I paid more attention to them using my macro lens and began trying to identify them.

At that point, there was no decent book available to help with spider identification. The publication of this guide in 2017 was a game changer. It has a friendly, reassuring tone that you don’t normally get in field guides. Readers will find themselves both captivated by the spider facts and excited about identification. It is one of the first books I would recommend to anyone dedicated to learning more about local wildlife.

The book is very newbie friendly

I’ve struggled as an amateur naturalist. Insect and spider identification is a completely different beast to identifying birds. I underestimated how difficult it can be to identify a smaller animal, especially when some species can be only be identified by their genitalia! At times it has been both overwhelming and off-putting. This book doesn’t do that.

It is one of the best field guides I’ve read. It’s like a conversation with a friendly entomologist who is passionate about spiders and is trying to instill that love in you. There are so many times where the authors are encouraging that ‘spark’ that makes a person seek out an identification. It never deters the amateur from trying to learn more about spiders. The authors go out of their way to use a very reassuring tone, even going as far as to say that trained taxonomists can struggle.

The result, for me, was a desire to seek out more spiders to try and identify. I only wish more books were this accessible.

How is the book structured?

The book is organized into three main groups of spiders: araneomorphae, Mygalomorphae and little known spider families. These groups are then organized into families. Half a page is usually dedicated to describing the key features of each family before showing profiles of some of the species. The information with each photograph will tell you where in Australia the spider specimen was found and in what type of habitat, one or two significant facts and the approximate maximum size of females and males.

As mentioned previously, some of this information is incomplete. In many cases, they only have information about one gender. In some cases, you may only get 2-3 species from each family. In others, you can get 12+. This is commendable, given just how many unknowns there are.

The introductory sections provided a solid background. The how to use this book is detailed and accessible. The only flaw I found was that the ‘need to know’ terms regarding the spiders anatomy felt far too short. This was most likely due to space issues; the features that are most relevant in terms of identification had their own separate pages.

The authors are very open about the limitations

While this book is the most comprehensive book of its kind, it only covers a fraction of the spider species in Australia. At one point, they say they ‘know of thousands of spider species which exist but are undescribed.’ This is reflected in some of the species accounts, where a species is simply identified to genus level.

This isn’t a criticism. It is worth being aware of though if you are the type of person who obsesses about identification.

Yes. It is the leading book about spiders in Australia and nothing comes close to its quality. It is so user-friendly. It you are serious about identifying spiders then this will become a staple in your library.

There is no guarantee that you will be able to identify every spider you find. This is due to the sheer amount of unknowns when it comes to spiders in Australia. If you are struggling, the authors encourage you to use the Australian & NZ Arachnid Photography Facebook group. The authors are also behind the website Arachne.org.au. This website has additional information and photos as it isn’t limited by space.

As an added bonus, the photos are phenomenal! I’m planning on using the guide for macro photography inspiration.